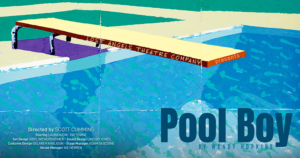 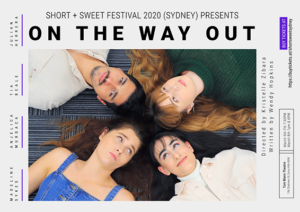 UNCOMFORTABLE
Half hour comedy pilot. Her parents are dead, her marriage is over, she’s starting over at 56, and it’s Christmas. The only thing left to do is embrace being uncomfortable.
Read a sample

MOFO: Birth of a Motherfucker
One hour action-comedy pilot about a stay-at-home mother and wife who, fed up with being invisible and unappreciated, becomes a vigilante.
Read a sample

FREAKS ON ICE
A Canadian Strictly Ballroom. It’s 1979 and 13 year-old figure skater, Dolly Bloodhaur, refuses to give up her dream of being in the Ice Capades despite an incredible growth spurt that leaves her at 6’2”. Inspired by my real life.
Read a sample

Read my essays and short stories on Medium.

ON THE WAY OUT
Manners, Common Sense and The Truth don’t seem to be valued anymore. They’re on their way out and in this absurdist one-act, they discuss it.
Read my plays on New Play Exchange

THE DAY THE GUNS WERE GONE
A music video written and performed by Wendy.
Watch it.